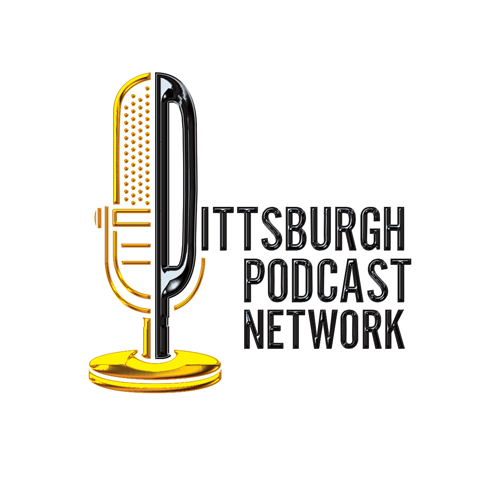 It all started in the green room with whiskey infused cupcakes, Scott Baker with a toaster under his arm and John Knight trying to chime in from a rally from who knows where.  It got even better when Byron Nash played his guitar right there in studio and Danielle Spinola talked to us about her local tea shop WITHOUT our pinkies out!

END_OF_DOCUMENT_TOKEN_TO_BE_REPLACED

This week Dorin is joined in studio by his best friend and former Pitt teammate, quarterback Bill Stull. Dorin and Bill talk about Bill’s background, their playing days at Pitt, and Bill’s experience being signed to the Kansas City Chiefs. The guys then discuss issues around the NFL, including the Colin Kaepernick controversy and Odell Beckham Jr’s antics. Dorin and Bill close the show getting off of football and discussing another one of their passions – horror films!

Note: This episode was taped before the Virginia Tech at Pitt game. Dorin will give his take on that game on the next episode of the Scorin Dorin Podcast.

END_OF_DOCUMENT_TOKEN_TO_BE_REPLACED

The Hollywood Podcast with Dr. Nancy Berk. The show that puts showbiz on the couch!

In this “Whine At 9” double-header, Oscar winner and legendary TV mom Shirley Jones joins Nancy to discuss her fascinating career from iconic film musicals and dramas to hit television series. Then, Norman Lear joins Nancy to discuss his legendary television career from creating hit sitcoms like All in The Family, The Jeffersons, Maude, and Mary Hartman, Mary Hartman to the new documentary American Masters- Norman Lear: Just Another Version of You. Read more in Nancy’s online column Showbiz Analysis for Parade Magazine.

END_OF_DOCUMENT_TOKEN_TO_BE_REPLACED

Puck Off! Podcast | Corey Hirsch and Goalies Under The Gun

This week on Puck Off! Joe Bartnick and Frazer Smith are joined by The Great Corey Hirsch to talk about the latest string of goalie injuries and more NHL news and speculation.

END_OF_DOCUMENT_TOKEN_TO_BE_REPLACED

We went all hockey this episode!  Hockey Hall of Famer and 7-time Stanley Cup winner, Bryan Trottier is in the studio… WITH HIS GUITAR!!!!  He sings, he tells stories about his first contract signing AND the stench of hockey equipment.  Phil Pritchard, the “Keeper of the Stanley Cup” is on the phone from the Hockey Hall of Fame, The Food Tasters are in the studio and, we have in-podcast cut-ins from Pens In-Game Entertainment Host, Celina Pompeani.

END_OF_DOCUMENT_TOKEN_TO_BE_REPLACED

As Summer transitions to Fall, there are two things that are guaranteed: stink bugs and champions being crowned. George “the Howitzer” Gerbo and Mike “the Buzz-saw” Asti are experts in both of these categories.

END_OF_DOCUMENT_TOKEN_TO_BE_REPLACED

Joining Jimmy for coffee in this episode is his friend Gene Collier, sports journalist and comedian. Jim and Gene discuss weight loss through dog ownership, the state of the Pittsburgh Steelers with backup QB Landry Jones starting against New England, sportscasters from Howard Cosell to Cris Collinsworth, the Presidential Debates, Gene’s career covering colorful athletes and so much more…

END_OF_DOCUMENT_TOKEN_TO_BE_REPLACED

Tunch Ilkin and Craig Wolfley are back in the Wolf’s Den Studio at Pittsburgh Podcast Network for the new season of Pregame Meal! Tunch & Wolf watched all the film and break down the scouting report for you on the Steelers’ opponent for this week, the New England Patriots.

END_OF_DOCUMENT_TOKEN_TO_BE_REPLACED

This week on Puck Off! Joe Bartnick calls in from Washinton, D.C to officially kick off the start of the 2016-2017 NHL Season with Frazer Smith out in Pasadena, Ca. It’s the return of weekly recaps, and the weekly awards!

END_OF_DOCUMENT_TOKEN_TO_BE_REPLACED

In this special episode of No Restrictions, Jim Krenn talks with Youngstown-native filmmaker Eric Murphy about his new documentary, “TRAFICANT: The Congressman of Crimetown”.  Jim and Eric discuss the legacy of larger-than-life former Congressman Jim Traficant, from playing quarterback at Pitt to dealing with the mob in Youngstown, to being sent to prison on corruption charges, Jim Traficant was one of the most colorful characters in American politics. Jim and Eric also discuss Jimmy performing stand-up at mob-run Youngstown comedy clubs in the 1980s when Traficant was the Mahoning County Sheriff, and so much more!